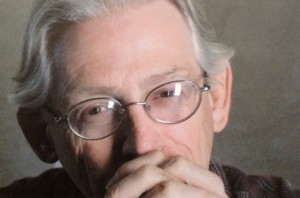 His music career started when he was 10 after he started to play the trumpet. He quickly switched to the guitar when he was age 12. He received professional teaching until age 14. At that time, Robert soon found himself “jamming” with other musicians and soon formed his first band. He played several styles of guitar music over the next 20 years until he was introduced to the five string banjo. He was taught by a Scruggs style picker/player and continued playing the blue grass style of Earl Scruggs for the next 12 years. Since that time, Robert has played many types of instruments, including the harmonica, bass guitar, Japanese flute and Native American flute. It was here that Robert finally found the instrument that touched his heart.

Robert has studied the Native American Flute for the last 28 years and is now considered one of the finest players in the World. His music is available world wide.

Robert has formed his own music company – Standing Bear Music, LLC. He has had awards and accolades for his music. He has been featured on major radio stations such as Sirius and XM radio. Echoes, Hearts of Space, etc. His music is also used commercially in many establishments and businesses throughout the world.

Roberts’ music has been used in the film industry such as the award winning film Sacajawea, and Secrets of the Sleeping Giant ; which won a Telle award. He has performed for various dignitaries including the State Governor of Montana and other functions at the State Capital.

Roberts music has been reviewed by many publications. Keyboard Magazine’s Dr. Titus Levi (Discoveries) reviewed Robert’s music and remarked: Robert Turgeon’s music is somewhat similar to Anthony Asher Wright and Eno’s in that his music leads to music that has dazzling sonorities and unanticipated structures. This produces the effect of drifting warmth, serene beauty, and insightful depth. It‘s this feeling that links the music of Wright and Robert Turgeon. Turgeon’s “Old Age” music comes from old ceremonial pieces, his experience with spiritual teachers and medicine people, and years of playing with an intense sense of purpose. The texture of Roberts’ music is textured around voices that call from beyond. Built around both his voices – the one he was given at birth as well as the flute. The texture is rounded out with synthesized sounds, ambient sounds, rattles, and drumming. This produces something nearly magical. This music has an impact on people.

His music can also be purchased through “CD Baby” where you can purchase the entire CD or only a song or two.

Roberts music was most recently heard by Andrew M. of New York, N.Y. while he was passing through the Denver airport. Andrew was captivated by the ambient sounds and searched out the Operations Director of the airport who gave him Roberts’ email address and telephone number. Andrew noted that Roberts’ music was captivating, healing, and spiritual. Andrew subsequently purchased the Trilogy from Standing Bear Music and listened to them in sequence. He noted that the music had a surreal and healing quality about it.

Kay B. of Bath, England, heard Robert’s music while traveling in the United States. She immediately parched it and took it home to England with her. She spoke with Peter Gabriel’s (late of Genesis) Real World Studios. Kay indicated that Peter was very interested in Roberts music. She also introduced Roberts music to EMI at Abbey Road.

He can be contacted via his web site and will answer all inquiries regarding his music.